This is where I occasionally write about stuff. I'm also on Twitter.

Finished the story mode and one of the two DLC stories of Rise Of The Tomb Raider. I'll probably blast through that second piece of DLC, and then move onto my next game, although I haven't decided what that will be quite yet.

My Steam Summer Sale pickups are pretty slim. I'm just getting Saints Row: Gat Out Of Hell (which It thought I was getting automatically back when I bought the entire Saints Row franchise as a bundle), the season pass DLC for The Evil Within, and then even though I have them both on Playstation 3, the first two Dead Space games. (I wonder why the third one isn't available on PC?)

What have I been playing? Well, I wrapped up the Dying Light DLC and moved onto Wolfenstein: The New Order. I beat that last night and re-started Rise Of The Tomb Raider. Ironically enough, I stopped last night at the exact same point where I quit the game the first time I attempted to play it back in January.

On the TV front, I caught up on all of my current season anime. I also started Kamen Rider Wizard. I don't like it as much as Fourze, but it's still pretty good. Once I get through that, I'll plan to watch Ex-Aid, as I dig the video game theme the show has.

E3 was a gigantic disappointment this year. The only two titles I'm definitely picking up are The Evil Within 2 and the new Dishonored title. If I get a PS4, I'll probably pick up the Uncharted spin-off, but it'll be low priority compared to other PS4 titles I'd like to get.

Of late, all I really do is game. I'm weeks behind on most of the animes I watch and the regular TV season is over, so aside from Silicon Valley and Doctor Who, I just occasionally watch a movie when I don't have a controller in my hand.

I finished up story mode on Hitman, as well as some of the extra missions. I'll probably go back and play it more in a bit. After I finished that up though, I jumped into Dying Light and I beat that although I didn't do all of the side missions and I'm still early into the DLC.

I'm looking forward to Microsoft and Sony's E3 presentations so I know what upcoming games I'll be pining away for over the next year or so.

Hard to believe it's June already. 2017 is just flying by.

I started Hitman last night. With all the various challenges and stuff, I think the game will have some decent replay value. Maybe it's because I've played every main game in the series over the years, but getting Silent Assassin is ridiculously easy for me. 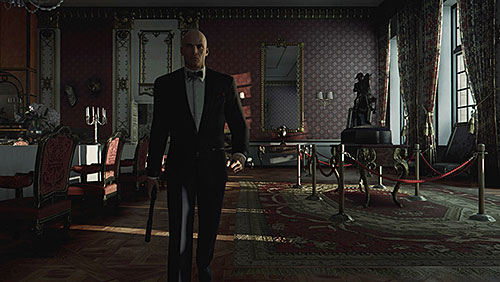 Most of my regular US TV shows have wrapped up their seasons or are about to end their season soon. So, I just need to catch up on the anime episodes I've missed over the last two weeks or so. Then I can just keep up with airing anime and maybe a few things from my backlog.

Maybe I'll watch the current season of House Of Cards, although I already know what happens and it's essentially bad Hillary fan-fiction. That show has gone down the tubes since seaosn one.